You are at:Home»Features»Pilot Club of Pensacola

A service organization that has goals of sustaining membership and teaching and preparing youth to help others through volunteerism and service is sure to have a lasting success and a profound impact.  This is precisely how the Pilot Club of Pensacola has maintained a strong presence in the area, celebrating their 90thyear of service earlier this year.  Pilot Club strives to influence positive change in their community by coming together in friendship and provide an outlet for service.  Along with preparing and educating others about service, they also focus on brain safety and health and supporting those who provide care for others. 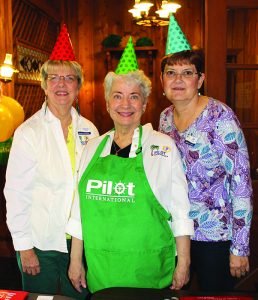 Pilot Club of Pensacola is part of Pilot International and the local club was organized in 1927 and chartered in 1928. It is known as the oldest ladies group in Pensacola.  With around 40 active members, this group of influential women received accolades at their most recent national convention for logging the most volunteer hours in 50 states and 4 other countries.  Pilot International currently has 29 clubs in Florida with over 680 members. 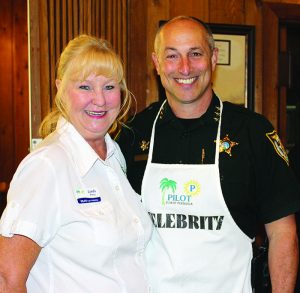 Pilot Club of Pensacola has been fundraising in various ways since inception. For the past 30 years, they have held very successful pancake breakfasts.  This year’s Pancake Breakfast was extra special as it also included a celebration for the 90thanniversary.  In the autumn of each year, they have a Glitz and Glam event that is a festive and fun occasion with a fashion show.  Last year’s event raised over $5000. The funds from these events have been used in many ways to make the community better and to educate.

Pilot Club provided a grant to Capstone Academy in Milton and Pensacola and at the Milton Child Care Center for installation of shade structures for their outdoor play areas to prevent sunburn while the children are playing. They provide filled backpacks to children in need through Gulf Coast Kids House.  They purchased and distributed bicycle helmets to children and adults at the Ciclovia event in Downtown Pensacola as a way to promote brain safety and awa 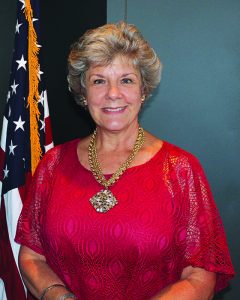 Q & A with Howard Johnson,

Why is it named Pilot Club and what is the primary mission?
Named for riverboat “pilots” who successfully navigated their vessels through rough waters – our motto is “True Course Ever”. Our mission is “To influence positive change in communities throughout the world.” We come together in friendship and service. We focus on encouraging brain safety and health, supporting those who care
for others.

How long has Pilot Club been around?

Pilot International was founded in Macon, Georgia, in 1921 for business and professional women but has since expanded to include men and women from around the globe and in all walks of life. The Pilot Club of Pensacola was chartered by Pilot International April 2, 1928.

How is the organization funded?

We are funded through the generosity of our members and the Pensacola community and through our fundraising events.

Does the Pilot Club have regularly scheduled meetings?

What impact has Pilot Club had on the community in the last year?

We have numerous service projects helping those in the non-profit community, such as BrainMinders™ skits and helmet give-a-ways, and have supported several local non-profits with volunteer help and the proceeds from our fundraising.

What is the most rewarding part of your involvement with the organization?

Friendship and service and working for good causes.

How did you become involved with Pilot Club?

To be truthful, I was interested in “What is a Pilot Club” and was invited to lunch.

Is Pilot Club accepting new members?  How many currently involved?

We would always welcome new members. We currently have 32 members.

Is Pilot Club specific to Pensacola or is it part of a larger, national organization?

We are a part of Pilot International with over 300 clubs in the US, with additional clubs in Japan, the Bahamas, Singapore, South Africa, and Canada.

Are there any upcoming events?

We will be putting on our Glitz and Glam fashion show and silent auction on September 25, 2018 at the Pensacola Yacht Club from 11a – 1p.

What is one thing you want readers to know about Pilot Club of Pensacola?

We are primarily a service organization that supports the local area. But we also support each other in friendship and love.

How can someone become involved or help with Pilot Club?

By contacting us at pilotclubpensacola@gmail.com. By attending our meetings to learn about service opportunities. By attending or sponsoring our Glitz and Glam Fashion Show or Pancake Festival in March. Or you can also check our Facebook page, Pilot Club of Pensacola, for information.