You are at:Home»Features»Purity on the Plate

The restaurant industry—or, more accurately, the food industry as a whole—is undergoing a shift in focus, a desire to know that ingredients are not only the highest in quality, but also the freshest and the purest. We want to know what’s in the foods that we’re eating and where it came from. We want its timeline and lifeline tracked from start to finish.

From seed to spoon.

From farm to fork.

From dirt to dish. 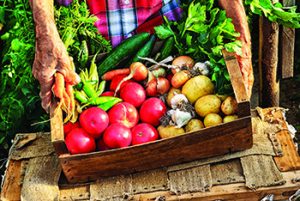 We want to know its pedigree—where it was raised, what it ate (or didn’t), what extra-curricular activities it enjoyed. When we order a steak, we want to know that before Bessie became dinner, she was a local gal; and that, should we have taken it upon ourselves to gambol about a nearby cattle farm, we might have made her acquaintance.

It’s not a case of snobbery but rather than a concern for the bigger issues: the impact our food supply makes on the environment as well as the way that what we’re feeding our faces affects our bodies. We want to know that our fish has been caught in local waters and was still enjoying the good life until a few hours ago and that our fried chicken habit isn’t loading our systems with buckets of harmful chemicals and hormones. 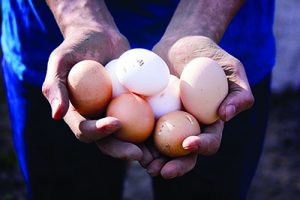 We want our food to do more than just taste good—we want it to be good. And for that reason, we’ve turned our attention to the local farms and fisheries that can feed our hunger with products that feed the local economy, reduce environmental impact, and cut down on waste.

“The whole movement focuses on producing food locally and then making that food available to consumers who can see directly where their food comes from, and we love using those fresh, local ingredients here because we feel that it’s an important step in re-establishing the connection between people and food and the work that goes into farming the land and catching the fish,” says Cris Waller, co-owner of The Point Restaurant in Perdido Key, where they’ve been welcoming diners to taste some of that local love for more than 50 years. “We like taking the extra steps necessary to use local sources because we believe it has economic, health, and social benefits. It not only helps keep our community thriving but also strengthens the community relationships—and everything fresh tastes so much better!” she continues. 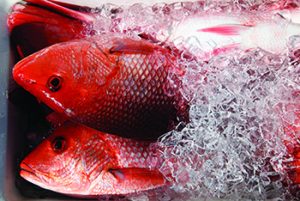 Frank Patti, Sr., of Joe Patti’s Seafood Company couldn’t agree more. “The taste is superior when you get fresher products, and people can appreciate the difference when they see products that they know have been brought in from the local area,” says Patti, whose family has been in the business of selling and distributing high quality seafood along the Gulf Coast for over 75 years. And while times have certainly changed things since Joe Patti’s first opened on Pensacola Bay, their whole focus on freshness hasn’t shifted in the least.

It’s an important concept to maintain—especially in the restaurant industry—though it seems that only recently has the public demanded that local chain to be in place. “Folks these days want to know where their food is coming from, but it’s actually a movement that started in California back in the 1970’s,” says Irv Miller, executive chef at Jackson’s in downtown Pensacola. “Obviously it’s not new, it’s just that it went more mainstream about a decade ago. But the most devoted followers do more than just sourcing a few ingredients locally here and there—they actually do the work to connect with passionate growers, farmers, and fishermen to find top notch ingredients that will translate into top notch food,” says Miller, whose own dedication to farm-to-table cuisine is readily apparent on the plate, each item on his menu a showcase for freshly-sourced, seasonal ingredients.

“As a restaurant in an area where so many people are doing a lot of the same things, you really have to pay attention to finding ways to set yourselves apart and doing something that will show why you’re different, and one of the ways we’ve accomplished that is the quality of the food we serve,” says Joe Abston, co-founder and co-owner The Tin Cow as well as Hopjack’s Pizza Kitchen and Taproom—all of which adhere to a standard of using fresh, locally-sourced ingredients to create the items on their menus. “Using fresh ingredients in every way possible and getting them from local sources is something that really affects the taste and the flavor of the food, and that’s a cycle that sustains itself—not only in bringing guests in, but also in creating a stronger community.” 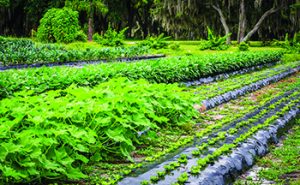 It’s a circle of support, a purity that benefits everyone involved—feeding the local economy, respecting the environment, eating in a way that venerates the body. It’s a difference you can taste…and boy, does it taste good.