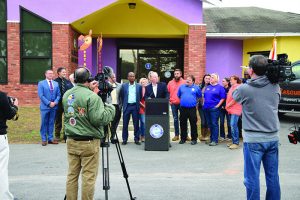 So often the efforts of animal shelters are hampered by the multiplying costs of running them, from the expenses involved in employing staff to the expenditures required simply to keep the lights on—not to mention every dollar that must be invested in the animals themselves, from food and vaccinations to care for disease, illness, or injury. Add to that the inability to manage the growing number of animals so desperately in need of shelter, and it becomes a huge struggle seemingly too difficult to overcome. Under such circumstances as these, the doors of many shelters close under that pressure, leaving animals without a safe haven; but efforts have been amped all over the world to bring greater attention to the plights of these organizations and provide the funding they need to give care to the animals who need it the most. 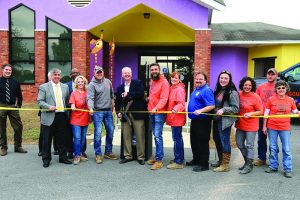 Originally built in 1997, the Escambia County Animal Shelter has been one such organization whose struggle was recently given a bit of attention and relief—most notably through a grant valued at $75,000 from GreaterGood’s Rescue Rebuild, a volunteer program that works to rebuild, repair, and renovate animal shelters and rescue organizations in need. Up against 150 other project submissions, the Friends of the Escambia County Animal Shelter’s application was obviously a compelling one; and after the grant was awarded, more than 400 volunteers lent their hands and their hearts to commence work on renovating the shelter and expanding the facility. 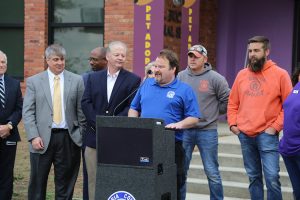 The scope of work needed was indeed large, as it called for the complete demolition and reconstruction of the lobby, front counter, tile flooring, cat rooms and waiting area, along with the addition of a so-called “catio” for outdoor cat play as well as the installation of sun sails over the dog play yards. To accommodate participants in the Dogs Play for Life program—a nationally implemented network of canine playgroups intended to serve as a tool for the assessment, enrichment, and training of shelter dogs that also aids the adoption process—a play yard for dogs was also constructed. 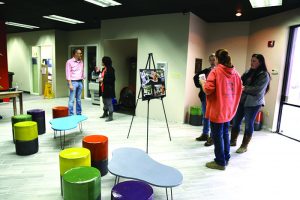 In the midst of the excitement of renovations, further buzz was created as camera crews from PBS’s documentary series Shelter Me rolled film, spending a week onsite recording the work done by the shelter’s staff and volunteers in providing love and shelter to the animals in their care. As a film series intended to commend the work of shelter volunteers and share the stories of shelter pets, Escambia County Animal Shelter was a natural fit for the program, which is expected to be aired nationally in late 2018. “The shelter has gotten a lot of attention from the documentary, despite the fact that the show has yet to be aired, and that has really benefited us,” says Escambia County Animal Services Manager John Robinson.

And while the number they are currently able to house is certainly impressive at 400, it is the cumulative number that is truly inspiring. “The number of animals the shelter has taken in over the years is hard to calculate—roughly tens of thousands since it was built,” Robinson estimates. “The annual intake for the shelter ranges from 10,000 to 12,000.”

Important though their short-term care of lost, abandoned, neglected and wounded animals might be, it is their other work that has the most effect, as the shelter also finds homes for thousands of animals by facilitating adoptions. Spay and neuter efforts, low cost voucher programs and partnerships with community organizations like Friends of the Escambia County Animal Shelter also help the shelter address the main causes of animal overpopulation and homelessness rather than simply dealing with the aftermath, which by extension help create a better community for the people and the animals that call Escambia County their home.