You are at:Home»Features»Visions of Gingerbread Danced in Their Heads

It doesn’t matter your age, there’s something captivating about gingerbread houses, something that transports the senses straight to the magic and wonder and expectation of Christmas. Edible works of art constructed of heavily spiced gingerbread dough, they allow the imagination to run wild, to allow creativity to come alive and explore a world where everything is sweet and tasty, where fence posts and street signs and paved lanes can be eaten. It’s a storybook land, and with all the nostalgia that gingerbread houses bring, it’s no wonder that people have established their own gingerbread-centric traditions for their families each year at Christmas…or that the completive spirit comes out to play, as competitions all over the world pit gingerbread artists against one another to create the most impressive, the most complex, and the biggest gingerbread house displays anyone’s ever seen. 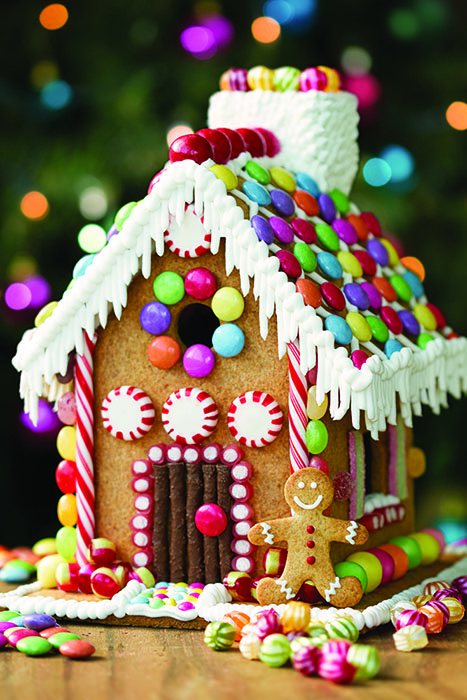 Historically speaking, gingerbread was once, in fact, realbread, not the thin, crisp cookies that we now all know and love. And though gingerbread has been in existence for centuries, it was legend and lore that gave it its close correlation with the Christmas season. As one story goes, the journey following the star to Bethlehem was initially begun by four kings—or magi—but illness kept the fourth from completing the quest to find the newly born baby. In his last days, the magus was tended to by a rabbi in Syria, to whom he gave his chest of ginger roots—originally a gift intended for the Christ child he was seeking. As he cared for the magus, the rabbi told him of the Messiah who was prophesied to be born in Bethlehem, Hebrew for “House of Bread,” a fact which gave rise to the practice of his students making houses of bread to fortify their faith and hope in the coming of the Messiah. Hearing this, the magus suggested that his ginger roots be ground up and added to the bread to impart more flavor. 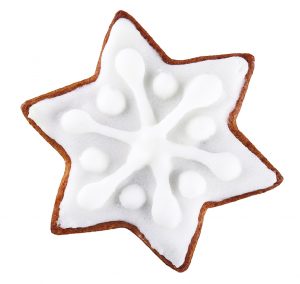 Naturally, the original version of gingerbread evolved over the years, created in various forms throughout Medieval Europe and gaining its strongest presence in the 1600s, when a bakers’ guild in Nuremburg, Germany, began to employ master bakers to create complicated pieces of edible art from gingerbread. Due to the intricacies of creating these pieces and the reverence surrounding it throughout the course of history—eaten by royalty and given on special occasions—baking gingerbread developed into an acknowledged profession. In the 17th century, no one but professional gingerbread bakers were permitted to bake gingerbread except at Christmas and Easter. During these two holidays alone, anyone was allowed to bake it. 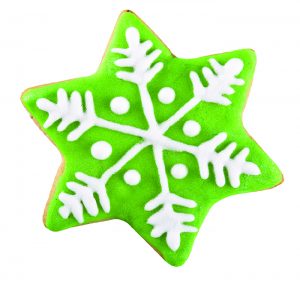 And bake it, they did, in shapes that included hearts, stars, soldiers, babies, riders, trumpets, swords, pistols, and animals. So when did the actual gingerbread houses gain popularity? Findings show that the tradition of making decorated gingerbread houses began in early 19thcentury Germany and were the direct inspiration of the well-known Grimm’s fairytale, Hansel and Gretel. After the book was published, German bakers began baking decorated houses of gingerbread, harkening back to the edible house made of bread and sugared decorations that the children found after being abandoned in the woods. The gingerbread houses became particularly popular during Christmas, and the tradition was brought to America by German immigrants. 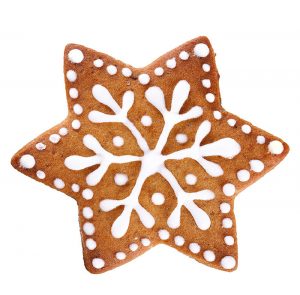 Making gingerbread houses is still a common part of celebrating the Christmas season, with their structures usually constructed using pieces of baked gingerbread dough joined together with melted sugar and roof tiles made of frosting or candy. The yard or grounds surrounding the house is often decorated with white icing to represent snow. And while houses are the most commonly chosen structure, a gingerbread “house” can actually be any type of building: castles, cabins, churches, even iconic landmarks. With a little imagination and some skill—not to mention plenty of sugar, spice, and more than a sprinkle of patience—the wonderful world of gingerbread houses is limitless…and boy, does it smell like Christmas.